Welcome to part 6 of my 7-part series on dictators, an irreverent guide to some of history’s worst people and part of my effort to bring geopolitics and history to people who want to sound thoughtful at dinner parties but are too lazy to read The Economist.

Part 5, too? What the fuck is wrong with you? Read it here.

Although Africa has proven fertile ground for dictators, some of the most colorful autocrats have called elsewhere home.

Saparmurat Niyazov was better known as Turkmenbashi, and fortunately he ruled Turkmenistan, because with a name like Turkmenbashi it would have been really awkward if he had been dictator of Uzbekistan. He stepped off the authoritarian stage once and for all in 2006, and I imagine Sacha Baron Cohen will play him one day in a biographical movie, combining his personas in the movies The Dictator and Borat.

Turkmenbashi spent a lot of time building gold statues of himself. To keep his subjects from getting lonely, he placed them throughout the country. One rotated 360 degrees every 24 hours, a subtle symbol for the world revolving around him. He renamed days of the week and months of the year after himself and his family members. Some reports even claim he named a meteorite after himself. In fact, it’s a good thing he died because he was on track to name pretty much everything after himself and that would have been confusing at some point.

Niyazov had no idea when he came home with his jacket casually thrown over his shoulder that an artist was waiting to sculpt him.

He is one of those lucky dictators who managed to live up to the title President for Life. But despite running unopposed, he won his election with only 99.9 percent of the vote. My guess is the holdout was a sibling who really wanted Saturday to be named for him but who got hump day instead.

Most dictators never face that kind of dissent. Saddam Hussein, for example, was loved by 100 percent of his electorate.

Not currently loved by 100 percent of his electorate is Syria’s Bashar al-Assad. When the Arab Spring began spreading through the region, Assad seemed to have a very difficult time seeing what was going on right in front of him, which was rather ironic for a former ophthalmologist. Looking like the Muppet Beaker with Justin Bieber facial hair, Assad surfed iTunes while his country fell into a brutal civil war. Then he insisted that the Syrian people support the government, which makes me think maybe civil war doesn’t mean what he thinks it does.

Assad’s British-born wife, Asma, has used the civil war as an opportunity to get some online shopping done, since the local malls are all so crowded these days (with rubble). She also appeared to be staying fit, volunteering at a soup kitchen wearing a new fit band (and likely giving someone in Nike’s marketing department a massive headache). 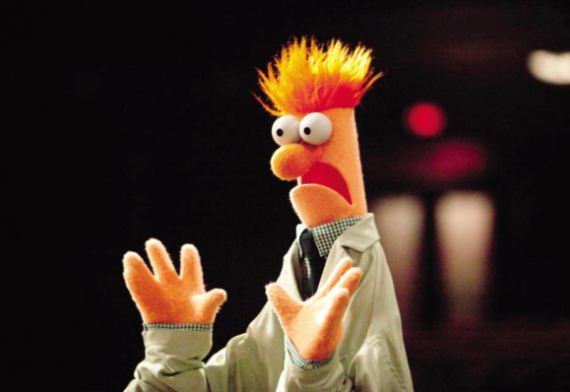 Bashar al-Assad giving a TED Talk on “The Power of Delusion” to fellow dictators. He’ll be releasing his own iTunes playlist, “Songs to Enjoy an Arab Spring,” this month.

North Korea’s Kim Jong-Un is greatly loved. He’s one of those leaders who got 100 percent of the votes in his election. The Brilliant Comrade became the country’s leader after his darling dad perished in December 2011. Dear Leader Kim Jong-Il had ruled for 17 years, with his blown out hair and a penchant for kidnapping filmmakers to help build his country’s film industry. The tiny tyrant wore platform shoes to appear taller and groomed his doughy son to take over.

Kim Jong-Un, who is, intriguingly, the only fat person in North Korea, has made great strides in filling his father’s high-heeled shoes. He quickly purged his top ranks and set about releasing menacing photos designed to show off North Korea’s military might but which succeeded only in proving that North Korea is still working with some early version of Photoshop.

And do you remember a while back when Jennifer Lawrence cut her hair and CNN had a Breaking News Alert to tell us about it? Well, Kim Jong-Un is the JLaw of dictators, because he set the Internet on fire in early 2015 with his new haircut, which looked like it was straight off the practice mannequin of a 1990s hair gel factory. The Chia Pet of Pyongyang also revealed his newly shaped eyebrows, which were shaved to look like small caterpillars nestling on an increasingly fluffy face. I guess someone managed to smuggle a 1991 Vogue into the Hermit Kingdom.

A paintbrush dressed as Kim Jong-Un.

Next week: The “Populist” Dictator